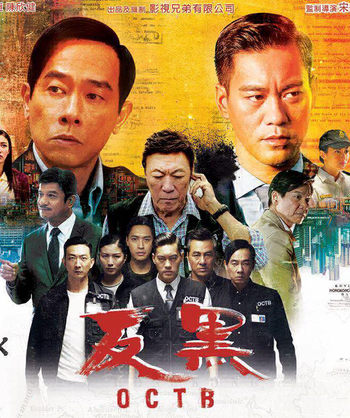 OCTB is a 2018 Netflix Chinese Series Crime Drama from Hong Kong. It was created to celebrate 20 years of Hong Kong's return to China from Britain. In Hong Kong, it was streamed by Youku.

In the years before Hong Kong is returned to the Chinese Mainland by Britain, Pheonix (Jordan Chan), former undercover cop, joins the Organised Crime and Triad Bureau of the Honk Kong Police, and in doing so must contend with many familiar faces and new foes, as well as the rising stakes of the underground crime world.