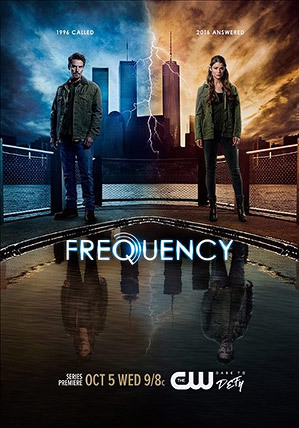 It wasn't picked up for a second season, but The CW was courteous enough to produce a three minute epilogue tying up the loose ends.

Both South Korea and Japan have aired dramas with the same idea under the title Signal and same title.