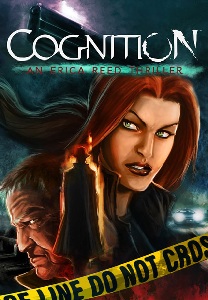 , the people behind the King's Quest Fan Sequel, The Silver Lining, with writing consulting by Jane Jensen of Gabriel Knight fame.

In it, the player assumes control of the titular character, an agent at FBI's Boston division, as she unravels complicated murder cases and chases serial killers, aided by her trusty partner John McCoy and her strange "cognition" ability, some sort of sixth sense that allows Erica to briefly glimpse into the past by touching objects that are imprinted with memories.

The first season of the game is available now, and consists of the following episodes: