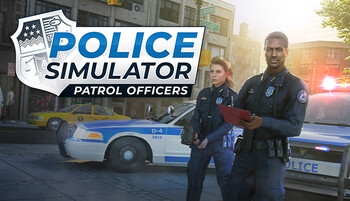 Welcome to the city of Brighton! Join the police force of this fictitious American city and experience the day to day life of a police officer.
Advertisement:

First released in Early Access on June 17, 2021, Police Simulator: Patrol Officers is an open-world simulation game developed and published by Bigmoon Entertainment. The player takes the role of a police officer and must perform the standard day-to-day duty of an officer including giving out tickets and responding to situations all while having to work their job responsibly and earing a good neighborhood reputation. The game has two modes, an experienced mode for those who want a very realistic experience, and a casual mode for those who want a far more laid-back experience without realistic "moment's notice" thinking.