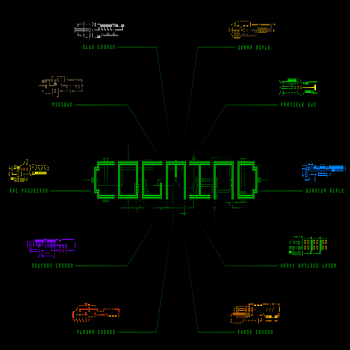 Cogmind is a roguelike sci-fi game with Matrix-esque terminal-style graphics. In it, you control a robot that can repair and reconfigure itself by picking up pieces of fallen enemies. Your goal is to escape to the surface, a task made difficult thanks to numerous guards and an AI that allocates more aggressive guards when you're perceived to be a greater threat.

The game was released on Steam Early Access on October 17th, 2017. It remains there today, but already features dozens of robot classes, each with unique behavior within the ecosystem, as well as multiple factions, some of which offer to help you and some of which are automatically hostile to everyone who approaches.