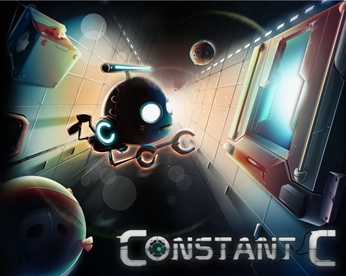 Constant C is a Puzzle Platformer game, developed by the International Games System

The player assumes the role of a Rescue Robot who arrives onto a research space station. It quickly finds that the experiments on the space station have resulted in time completely stopped on the station, and the only place where time flows is in a bubble around the robot. Soon, it meets the station's controlling AI and obtains an artefact that allows it to control gravity.

The investigation can now begin…