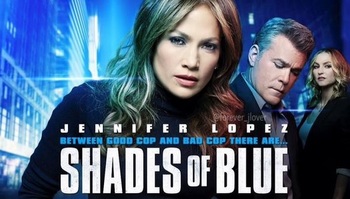 Taking place in New York City, Detective Harlee Santos (Jennifer Lopez) is a single mother who is struggling to ensure her only child's future by putting her up in a good school. To do this, she works with Dirty Cops to solve her financial problems. When the FBI arrests her during an anti-corruption operation, FBI Special Agent Robert Stahl (Warren Kole) gives her An Offer You Can't Refuse: go to prison for being on the take as a corrupt police officer or help the FBI in hunting down Dirty Cops in her precinct and feed back information to him without being caught by her fellow officers.

As Det. Santos helps the FBI look for Dirty Cops and help support her daughter, she realizes that it's getting dangerous to the point that she's asking herself if she should sell out her fellow officers to help her daughter or continue to back them up and risk being arrested.

The show was renewed by NBC for a third season with two seasons being aired, which serves as the last season.