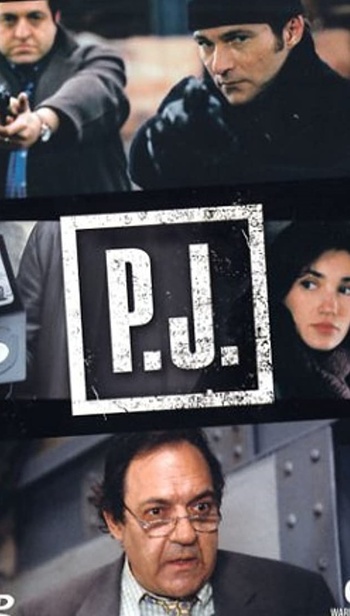 P.J., also known as P.J. - Police Judiciaire, is a French Police Procedural series created by Michelle Podroznik and Frédéric Krivine. It first aired on the France 2 channel and ran for a total of 13 seasons between 1997 and 2009.

It follows the routine of Police Judiciaire (hence the acronym) law enforcement agents in the 10th and 11th arrondissements (greater administrative districts) of Paris as they deal with petty criminality, bigger criminality, bureaucracy, and their personal lives. Their police station is located in the quartier (district) of Porte-Saint-Martin, near the Saint-Martin Canal.