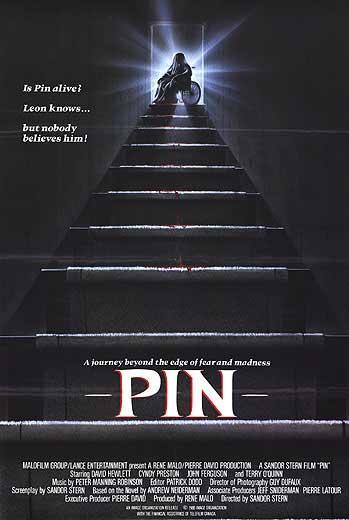 Andrew Neiderman's book Pin was adapted into a film in 1988. It was directed by Sandor Stern.

The movie featured a plot rather faithful to most of the novel but with some changes. Leon (David Hewlett) and Ursula Linden (Cynthia Preston) are brother and sister who aren't quite your normal kind of people. They also love chatting with their friend Pin. Pin just happens to be their father's (Terry O'Quinn) medical dummy. When their parents die, Leon decides to let Pin come and live with them at home. Clearly everything is just as right as rain in this house.