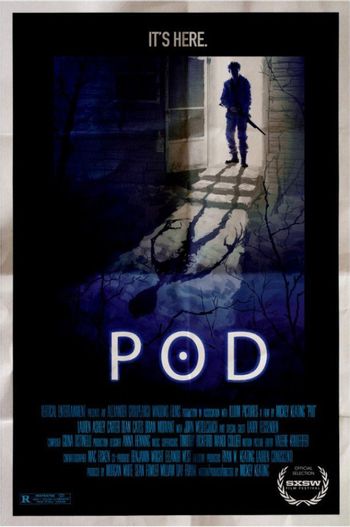 A 2015 horror film directed by Mickey Keating. After their mentally unstable army vet brother Martin leaves them a disturbing voicemail, claiming that he finally has proof of his claims, estranged siblings Ed and Lyla reunite to bring their brother home.

When they arrive,they find out that Martin is far worse than they could have imagined, ranting and raving about how he has captured something he calls a “Pod” and locked it up in his basement. But he has a history of psychotic behavior, so clearly it's all in his head, right?

Not to be confused with the Christian metal band of the same name.