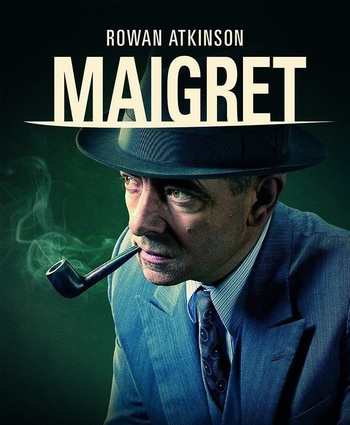 Maigret is a 2016 ITV drama series and an adaptation of Georges Simenon's books about the investigations of French police detective Jules Maigret. It stars Rowan Atkinson as the titular detective. Two episodes aired in the first season and a further two in the second season.

Set in 1950s Paris, the show centers on Chief Inspector Jules Maigret's attempts to keep his city safe and to lock up dangerous criminals.

Despite the success of the series, in early 2018 ITV released a statement saying that for the foreseeable future there would no more episodes commissioned, due to Atkinson's busy schedule with other projects.