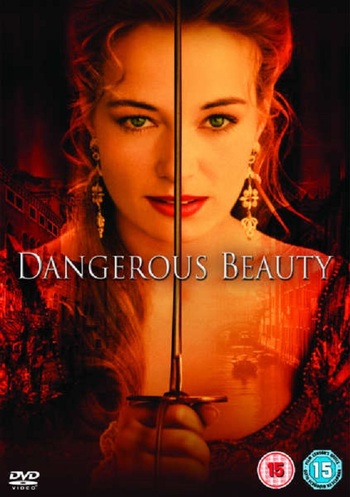 Dangerous Beauty is a 1998 American biographical drama movie directed by Marshall Herskovitz that explores the life of Veronica Franco (Catherine Mc Cormack), a courtesan in Venice in the 16th century who at first becomes a hero but later becomes a target by the Church for witchcraft.