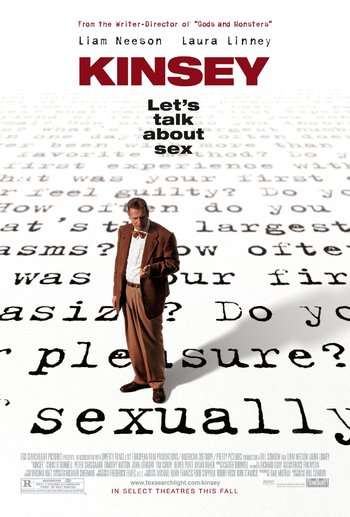 A 2004 Biopic written and directed by Bill Condon about the life of Alfred Kinsey, a pioneer in the area of human sexuality research, whose 1948 publication Sexual Behavior in the Human Male was one of the first recorded works that saw science address sexual behavior.