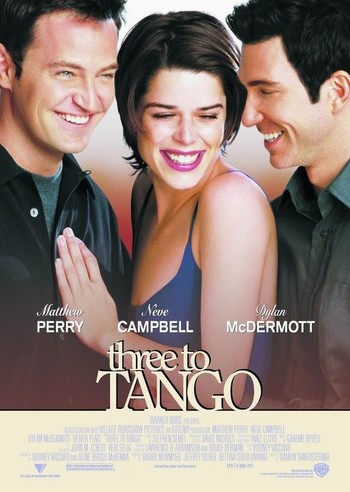 Architects Oscar Novak (Perry) and Peter Steinberg (Platt) have just landed a career-making opportunity to design of a multimillion dollar cultural center for wealthy businessman Charles Newman (McDermott). When Newman meets Oscar and Peter, some of their antics make him assume that they are lovers, even though Oscar is straight. (Peter is in fact gay, but his relationship with Oscar is strictly platonic.) Under the mistaken impression that Oscar is gay, he asks Oscar to keep an eye on his mistress Amy (Campbell) and make sure that she doesn't talk to his wife. Oscar falls for Amy virtually on sight, but she thinks he's gay. He is forced to maintain the charade to avoid getting into trouble with Newman, and losing the commission. Matters become complicated when news about Oscar and Peter's supposed relationship become public.