Locked in the Bathroom 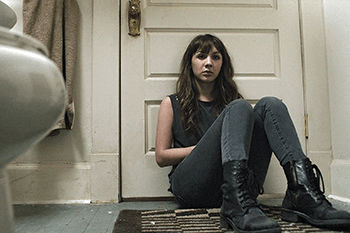 The character certainly can't stay inside forever, making this an unviable means of escaping their troubles in the long-term. Since bathrooms usually have only one door and no other means of egress, the other characters could effectively leave the upset individual alone and allow them exit when they ultimately become bored from the lack of attention.

As this would not be an entertaining solution, the other characters will attempt to coax them out using Closed Door Rapport. Sometimes, there are other circumstances requiring the troubled character's immediate removal to up the stakes, such as another character needing to use the bathroom. If negotiations break down, the frustrated onlookers may attempt to open the door with a Skeleton Key Card.