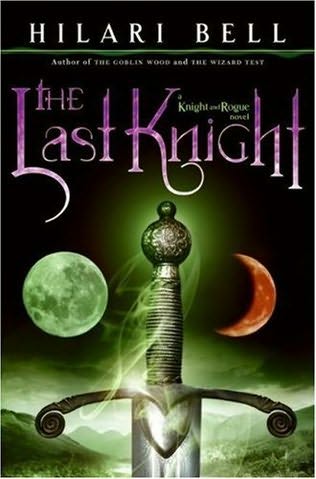 A series of fantasy novels for young adults by author Hilari Bell. The books focus on the Odd Couple of Sir Michael, a Knight Errant, and his squire, Fisk (a former conman). The two start out very much on the opposite ends of the Sliding Scale of Idealism Versus Cynicism (guess who is at which end). They travel together through a made-up country that sounds remarkably like Western Europe at the tail-end of the medieval ages, where feudalism is losing hold and industry and the middle class are starting to take over. All this however just minus the Catholic Church (or really any religion of any kind) but with lots of magic around that can kill you!
Advertisement:

The two leads mostly play Nancy Drew to several mysteries they happen to stumble upon in their travels. Michael is all for figuring them out and helping people, while Fisk just wants them to get through things alive and preferably not imprisoned.

The series has been completed with the release of "Lady's Pursuit".