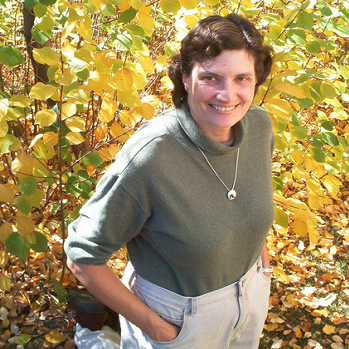 Hilari Bell is an American science fiction and fantasy writer. Her works include the Knight and Rogue Series (currently The Last Knight, Rogue's Home, Player's Ruse, and Thief's War), the Farsala Trilogy, A Matter of Profit, and several other sci-fi and fantasy works for children, young adults, and (in Navohar, which featured a forty-year-old-plus woman geneticist as its lead) adults.
Advertisement:

She's notable for not only creating strong characters but entire new worlds, complete with ecosystems, religions, laws, inter-species tensions, and so on with every new book or series.

Works by Hilari Bell with their own trope pages include:

Other works by Hilari Bell provide examples of: