Roleplay / The World Forged By Powers 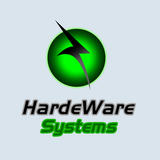 Better living through superior technology
“I have to talk to Peter.”
“I’m afraid he’s busy stopping a prison break right now, can I take a message?”
“Tell him a new alien species just came to earth and ask him what he wants me to do about it.”
Charles 'Jade' Ravenholm and Lisa Willems, pretty much summing up the RP.

The World Forged By Powers is a Bottomless Sandbox style Play By Post Game that explores what the world would be like if super powers were real and followed some of the more basic laws of physics as closely as possible. It was created to tear down traditional Hollywood Science and come up with new explanations for the most common powers. No, not that one. Therefore, it generally ends up rather hard on the Mohs Scale of Science Fiction Hardness. This does not stop the players from doing all sorts of crazy stuff, though.

The game roughly follows the current date in Real Life, through the use of Comic-Book Time, but throughout history, people with superpowers have changed the way the world developed. Currently there are significant differences with Real Life. In general, the most successful company on the planet is HardeWare Systems, created and powered by the biggest genius on the planet HardeWare and led by Peter Vanderheijden. This company was responsible for the creation of the intercontinental Portal Network that spans Earth (and also the moon). In addition to this they also sell robotics and weaponry to both the military and civilians. Mostly know for their chain of HardeWare Stores where supernormals can buy dietary supplements, powered armour and all sorts of other gadgets and weapons.

In essence, however, the planet is controlled by an entity known only as 'Shift', while a race of sentient robots called 'the Collective' keeps humanity safe from Alien Invasions.

Behind the scenes links for WFP.

Tropes relating to the characters.

So far there are three locations for player characters, each with it's own IC thread.