Literature / A Matter of Profit 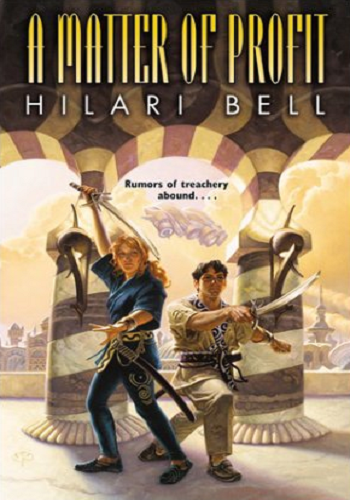 A Matter of Profit is a Young Adult science fiction novel by Hilari Bell.
Advertisement:

It is set in the advanced world where the humanity is known as the Vivitare, and is told from the perspective of Ahvren and his sister Sabri: the former is a disillusioned soldier, the latter an unwilling bride-to-be of the emperor's son. Neither are happy with their position: however, Ahvren is now on the verge of resolving the mystery of the so-cold T'Chin in time. Meanwhile, rumors swirl that the Vivitare emperor is marked for an assassination as part of a slowly unfolding conspiracy...