Literature / A Coffin for Dimitrios 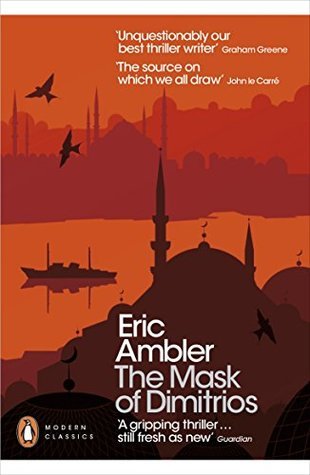 Originally published in Britain in 1939 as "The Mask of Dimitrios". A classic spy novel by Eric Ambler of the "stale beer" type. It tells of British mystery writer Charles Latimer going on vacation to Turkey and learning about Dimitrios, a notorious criminal, whose corpse has just been found. Through the course of his extremely shady life, Dimitrios went from a petty crook, to a pimp, to a particularly unethical spy, to finally a member of an international syndicate engaged in drug-trafficking and other crime. As Latimer researches Dimitrios' past, he begins to be drawn into a world of dark conspiracies.

Adapted into the 1944 film The Mask of Dimitrios starring Peter Lorre and Sydney Greenstreet.