Literature / Mara, Daughter of the Nile 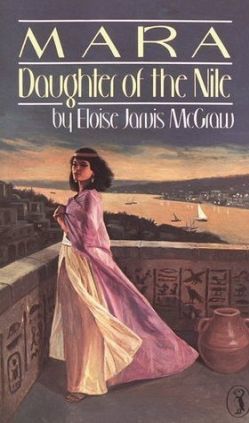 Mara, Daughter of the Nile is a YA novel by Eloise McGraw that is equal parts espionage thriller and romance novel, set in Ancient Egypt. The plot follows the slave girl Mara as she is sold by her brutal master, only to find herself drawn into two rival plots that involve the throne of Egypt. While at first acting only for herself, Mara finds herself falling for one of her two masters and believing in his cause. But maintaining her tenuous double life grows more and more difficult, and her failure to do so has consequences that change the course of Egypt's history.