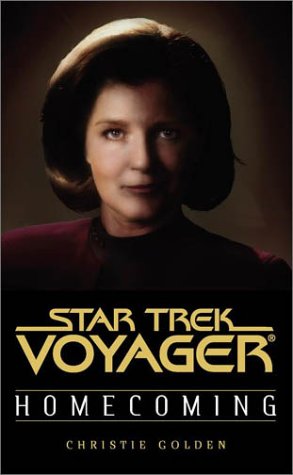 Part of the Star Trek Novel Verse, continuing the story of Star Trek: Voyager past the series finale. There are fourteen books in the series as a whole:
Advertisement:

(This first duology begins exactly where the show left off, and features the crew's early attempts to reintegrate into the Federation).

(These two are collectively titled Spirit Walk. The starship Voyager itself is literally relaunched, with several new characters)

Initially written by Christie Golden, Kirsten Beyer took over beginning with Full Circle and has written all titles in the series since. Beyer had previously written Fusion in the String Theory pre-TV finale trilogy of Voyager novels, as well as the short story "Isabo's Shirt" from the tenth anniversary celebration compilation Distant Shores.