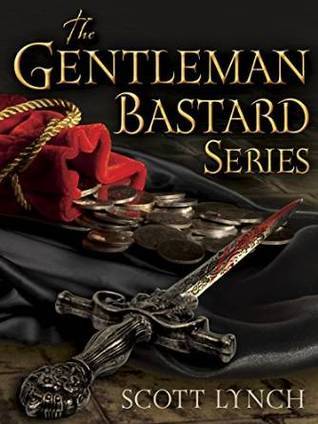 This series centers around a thief who goes by Locke Lamora, set in a Fantasy Counterpart Culture of Venice. A brilliant schemer, accomplished liar and master of disguise, Locke spends each book trying to con his way into a fortune or out of some terrible predicament (usually both at once). The books also use flashbacks to delve into the backstory of Locke's merry gang of tricksters, the Gentleman Bastards, who were all trained by the beggar-priest Father Chains to be devotees of the nameless god of thieves.

Scott Lynch has released three of the seven planned books:

Lynch is also planning three novellas to be released by Subterranean Press:

Finally, Lynch is planning a second seven-book series, taking place fifteen or twenty years after the first one.