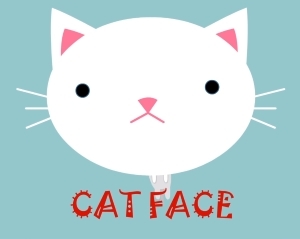 Cat Face is a series of funny animated shorts starring a strange, floating, talking cat named Cat Face who gets into various misadventures in his neighborhood, together with his housemates Old Lady and Box Cat. Made by Jonti "Weebl" Picking, the episodes are on Weebl's Stuff.com