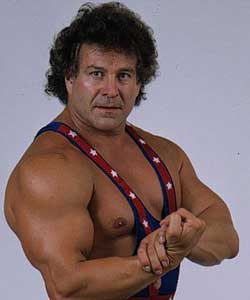 Kenneth Wayne Patera (born November 6, 1942) is a retired American Professional Wrestler and Olympic weightlifter from Portland, Oregon who is best known for his work for WWE and the AWA in the 1970s and 1980s. He debuted in 1973 and would compete for a variety of territories. Among his in-ring achievements, he was a former WWE Intercontinental Heavyweight Champion

. In 1980, The Wrestling Observer Newsletter named the Texas Death Match he had with Bob Backlund on May 19th "Match of the Year."