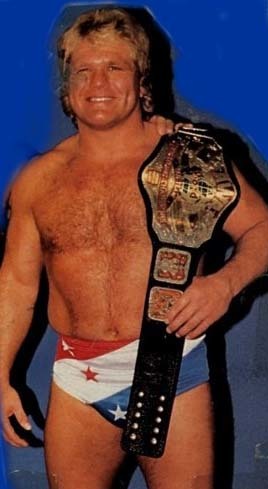 Brad Rheingans (born December 13, 1953) is a retired American amateur and Professional Wrestler and trainer best known for his time in the American Wrestling Association. After a very successful amateur career, he turned pro in 1980. Along with his time in the AWA, he also wrestled for New Japan Pro-Wrestling, the National Wrestling Alliance and WWE. Along with his AWA Tag Title reign with Ken Patera, he and Baron Von Raschke held the PWA (Pro Wrestling America) Tag Team Titles

. He and Brad Armstrong tied for The Wrestling Observer Newsletter's "Rookie Of The Year" Award in 1981.