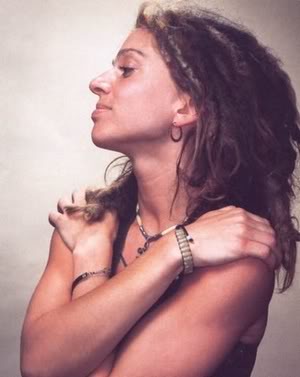 Angela Maria “Ani” Difranco was born on September 23rd, 1970 from parents with Italian and Jewish-American backgrounds. Both her father, Dante, and her mother, Elisabeth, were folk musicians. She grew up in Buffalo, N.Y. and played her first gigs at the age of nine, playing in local bars in her hometown. She moved to New York City at 16 and in 1988 she made a demo which has become a highly sought-after fan item. She is now a prolific artist.

Ani’s lyrics focus, amongst other topics, on war, GLBT issues, sexual assault, the music industry and, recently, the joy of motherhood.