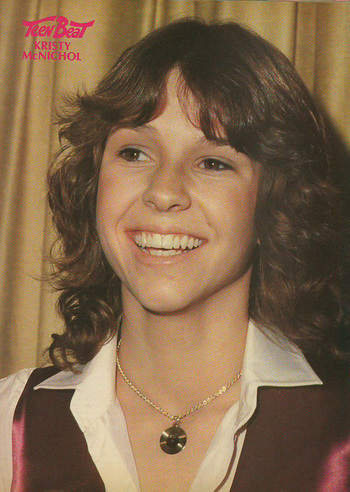 Christina Ann "Kristy" McNichol (born September 11, 1962 in Los Angeles, California) is an American actress. Her role as Letitia "Buddy" Lawrence in Family made her into a popular Teen Idol, and she guest starred on many TV shows in the late 1970s. She suffered a nervous breakdown while filming Just the Way You Are in 1983, but recovered enough to continue acting throughout the 1980s. She starred in Empty Nest as Barbara Weston before retiring from acting for the sake of her mental health mid-series, returning for a brief cameo in the series finale in 1995. This was her last onscreen acting role. She continued as a voice actress in several projects but in 2001 finally and formally announced her retirement from acting. She came out as a lesbian in 2012 but other than that has led a fairly quiet, publicity-free life in the new millennium.