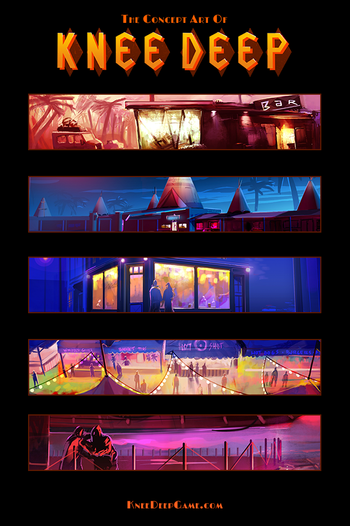 Get Knee Deep in a Florida mystery.
Knee Deep

is a "swamp noir" murder mystery by Prologue Games

set in modern-day Florida, in a rundown tourist trap town called Cypress Knee. It's presented as a stage play inside a computer game. Players take on the roles of three main protagonists - a young blogger, a private investigator, and a down-on-his-luck print newspaper reporter - following up on the apparent suicide of a Hollywood has-been at Chief Roadside's Wonderland.