Video Game / Behind the Screen 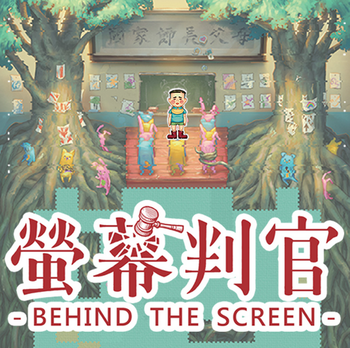 Behind the Screen is a puzzle action game developed by 18Light Game Ltd. Set in the 1970s in Taiwan, the game is made in a hand-drawn picture book style to reflect that era. It follows the story of a teenage boy named Yu Ming Wang before he murdered his father.
Advertisement:

Beginning with a news broadcast delving deep into the past of Yu Ming, the game starts with his escape from school in search of his missing mother. The gameplay elements come into play when the boy’s imagination intervenes with reality. Each style of gameplay differs drastically according to different stages of the life of Yu Ming.