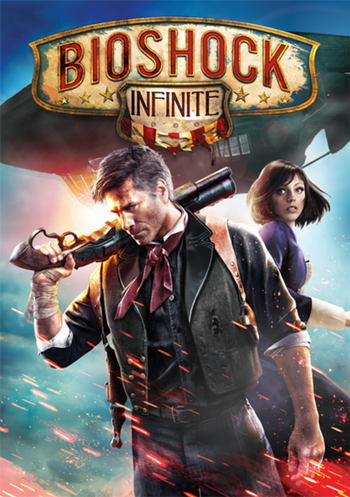 Infinite begins as a stark departure from the previous BioShock titles, as not only are the setting and plot in a completely different universe from Rapture, the experience shifts away from horror and instead treads more into action. Gameplay retains a mix of gunplay and assorted superpowers (instead of Rapture's gene-splicing "plasmids", Columbia provides quantum-powered "vigors"), but Infinite is more of a swashbuckling run-and-gunner amidst vast environments, with the Sky-Lines scattered across the city allowing for dynamic shootouts in the open air. Of course, this is still very much a BioShock title, and not only does Infinite tread on similar narrative themes of politics and free will, it soon begins to unravel even stranger domains of time, space, constants, variables, and everything in between.