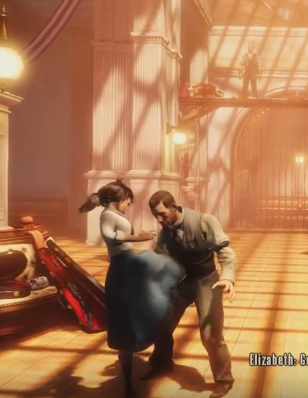 You don't need to protect Elizabeth; she can take care of herself.
Advertisement:

Despite its rather grim narrative and abundance of grisly events, BioShock Infinite is full of genuinely funny moments.

From the early gameplay trailers, some laughs that didn't end up in the final game: