Video Game / The Beast Inside 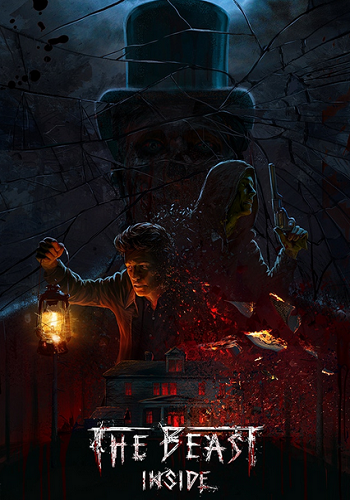 The Beast Inside is a Survival Horror game, funded

on Kickstarter in 2018 and released for PC through Steam on October 17th, 2019. It was developed by the Polish Illusion Ray Studio, who were previously focused on 3D film-making, and carried over their past experience with photogrammetry to create impressively detailed landscapes.
Advertisement:

It is set in 1979, when a CIA cryptoanalyst Adam leaves the city of Boston and moves to the countryside estate of Blackstone with his wife, Emma, believing he needs peace and quiet in order to focus on breaking the code that may alter the course of the Cold War.

However, Adam soon finds a mysterious diary in the attic. It was written by Nicolas Hyde, whose lineage had traditionally owned Blackstone and who lived there during the 19th century. Once opened, the diary carries the nightmares of the past right into Adam's times, putting the lives of Adam and Emma in great danger. The game is then split between Adam's and Nicholas' chapters.