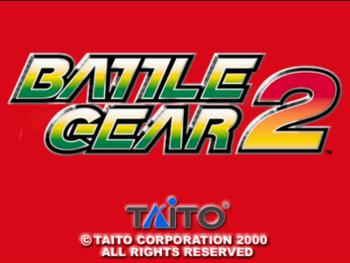 Before Initial D, there was this.

Side by Side is the franchise for a popular 1990s touge racing game series whose name changed to Battle Gear in the 2000s. It was developed by Taito and was first released on arcade cabinets before being ported to the PlayStation home consoles. Battle Gear 2 is known as Tokyo Road Race in Europe.