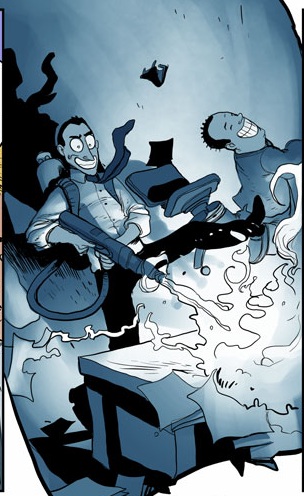 And he's the main character!

In a World... where nobody sleeps, Drew Spencer tries to hold on to a job and his sanity. Drew is unable to use the pills known as "Z-Sup" which let everyone else stay awake 24 hours a day, due to an allergy. Being run ragged by a world without sleep and a society that seems to accept the weirdest of events without question, Drew is also being roped into something sinister going on behind the scenes of this bizarre world.

is something radically different from the writer Maritza Campos (previous comic: College Roomies from Hell!!!). The art is by Bachan who is known in the Mexican comic scene for Producciones Balazo