Fanfic / The Conversion Bureau: Not Alone 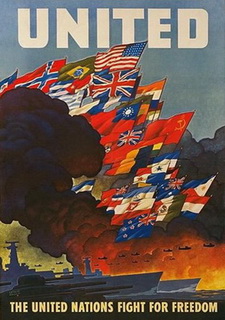 ...and this is what happens when you succeed in pissing off the entire human race.
"I believe in my whole race...in the honesty, courage, intelligence, durability... and goodness of the overwhelming majority of my brothers and sisters everywhere on this planet. I am proud to be a human being. I believe that we have come this far by the skin of our teeth, that we always make it just by the skin of our teeth — but that we will always make it … survive … endure. I believe that this hairless embryo with the aching, oversize brain case and the opposable thumb, this animal barely up from the apes, will endure."
—Robert A. Heinlein
Advertisement:

is a My Little Pony: Friendship Is Magic fanfic. It is a different take on The Conversion Bureau; while not strictly necessary, reading or at least having knowledge of TCB is strongly advised.

Similar to mainline TCB, the Equestrian landmass appears suddenly in the South Atlantic. While humanity extended a (cautious) welcome to the ponies, there were those who had doubts. These doubts proved founded once the ponies' imperialism came to light, leading humanity to gear up for war. At the same time, there are also those ponies who disagree with the Princesses' actions.

The story is presented through newscasts, postings and other formats in addition to standard prose.

Dalek IX, author of the fanfictions A Hero and Friends of a Solar Empire, is writing a fan sequel to Not Alone, called Conquer The Stars. That story takes place 200 years later on a colony ship that has rediscovered the Equestrian Barrier... in an entirely different star system. Much of the original's open ending is expanded upon, both on Earth and in Equestria.

As of January 31, 2013, Starman Ghost decided to delete the story from Fimfiction.Net, declaring that he refused to write in the Conversion Bureau setting anymore, to the shock of his readers, who did their level best to convince him otherwise. However, readers uploaded the story (with his permission) to other places, including the Spacebattles link above.

A second fan sequel has been posted to Fimfiction.Net by another fimfiction author called Warwolf, with Starman's permission, as of February 11, 2013 called The Shadow of Ages, and is also a crossover with another Conversion Bureau fanfic called The Conversion Bureau: The Warrior's Way

, itself a sequel to Warwolf's story The Shogun Six

. The Shadow of Ages can be found here