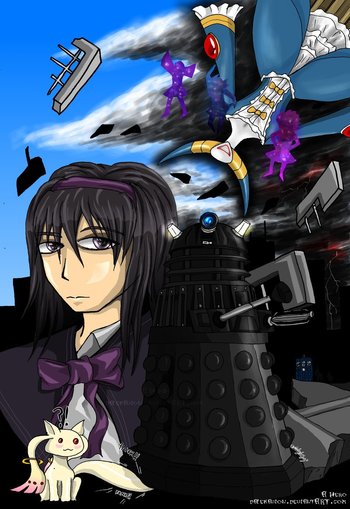 Who would ever think that a Dalek of all things could become a hero before this?
So, Dalek Sec died a horrible death, leaving behind his casing after what happened in Manhattan, right?
Advertisement:

Well, yeah. But he's here now. Because of time shenanigans, he has now appeared in the universe of Puella Magi Madoka Magica.

In his investigations of temporal space, he meets one Homura Akemi and, hopefully, they can finally fix this "Groundhog Day" Loop that she's stuck in.

Written by Bioweapon 155, the fic is available on FanFiction.Net