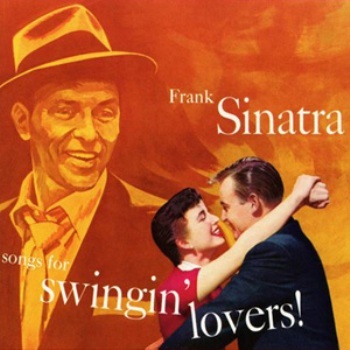 "I would sacrifice everything, come what might / For the sake of having you near"
Advertisement:

Songs for Swingin' Lovers! is the tenth studio album by Frank Sinatra, released in 1956. It's one of his most popular music records, along with In the Wee Small Hours from the previous year. It generated such hits as "You Make Me Feel So Young" and "I've Got You Under My Skin".

It should not be confused with the earlier album with a similar title Songs for Young Lovers from 1954.

I've Troped You Under My Skin: