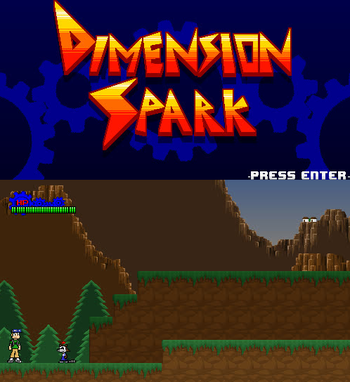 Dimension Spark was a planned Platform Game, designed in Game Maker 8.0 by a GameJolt user "Crazy-River-Otter." It was said to be Inspired by… the likes of EarthBound, The Legend of Zelda: A Link to the Past, Mega Man X, etc. However, it was officially cancelled as of 2014, with much of the work moved to a new project, Westlouia...which had stalled out

There's still a playable demo (several of them, in fact), which you can download here

. You can also download Westlouia's pilot from the link above.