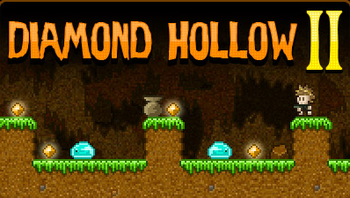 You begin by finding yourself stuck at the bottom of a large cavern with no clue as to how you got there and you don't remember who you are. Befriending the first thing you see, a sentient gun named Silo, you begin your long and arduous ascent from the caverns to the surface. You mission is clear: shoot, kill, explore the caverns, collect gems, use gems to upgrade your skills and gun powers, conquer foes, take out fierce bosses, and acquire many achievements all in a desperate effort to escape from the nefarious clutches of the evil Professor who is trying to take you both out.