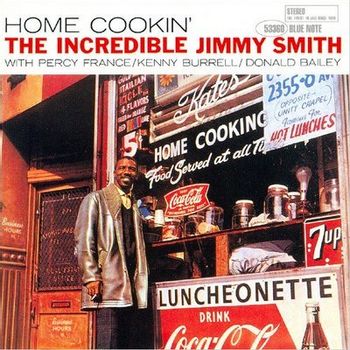 Home Cookin' is a 1959 album by Jimmy Smith, one of the premier organists in jazz. Its tracks were recorded in two sessions in 1958 and 1959. Home Cookin' is one of the most esteemed albums from Smith's Blue Note years.