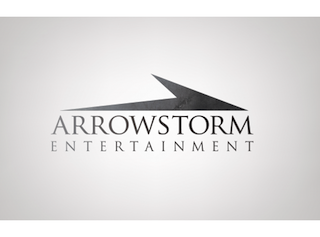 Arrowstorm Entertainment is an independent film studio founded by producers Jason Faller and Kynan Griffin in 2011. They specialize in ambitious yet low budget films, usually in the fantasy and sci-fi genre. Horror is also tackled, though it's not the company's preference. As the studio is based in Utah, many of their films tend to be filmed there.

Arrowstorm is known for taking their projects to Kickstarter. However, these campaigns are for post-production funds, namely digital effects work. Backers who pledge money can get a variety of rewards, including a copy of the finished film (either on a digital format or an exclusive DVD/Blu-ray), the movie's soundtrack and poster, and if they donate enough, their names can be in the credits. Arrowstorm uses Kickstarter more as a promotional tool for their titles and they have earned great success with that approach.

Unlike most indie genre studios, Arrowstorm doesn't distribute their own content. Instead, they work with film sales agents to achieve worldwide distribution deals at the major film markets. This includes domestic home media and TV rights with independent acquisition companies. Because of this, many Arrowstorm titles go straight to video and not just in the US. Still, they make a huge profit from TV and foreign revenue due to the demand for fantasy/sci-fi films.