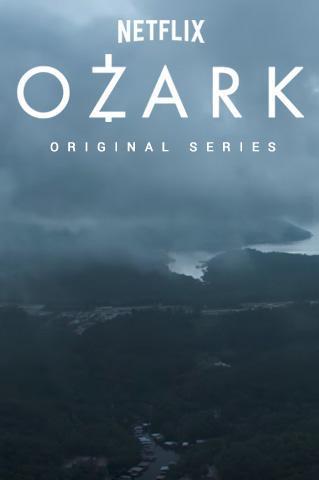 "Money. That which separates the haves from the have-nots. Patience, frugality, sacrifice."
— Marty Byrde
Advertisement:

Ozark is a Netflix crime drama series created by screenwriters Bill Dubuque and Mark Williams. The show started its run in July 2017. It was renewed for two additional seasons, which were released in August 2018 and March 2020 respectively. A fourth and final season, with an extended episode count, premiered on January 21, 2022.

Marty Byrde (Jason Bateman) is a Chicago financial advisor who, along with his business partner, launders money for a Mexican drug cartel. When his partner tries to cheat the cartel and ends up dead, Marty relocates his unfaithful wife Wendy (Laura Linney) and two kids to a modest resort town at the Lake of the Ozarks in Missouri, where he hopes to work off his debt to the cartel while avoiding the attention of the FBI. Unfortunately for them, the tranquil scenery does not offer respite from their troubles. Both the cartel and the Feds continue to breathe down Marty's neck, and he starts to attract unwelcome attention from the local criminal element, including the Langmore and Snell families, and later the Kansas City Mafia.