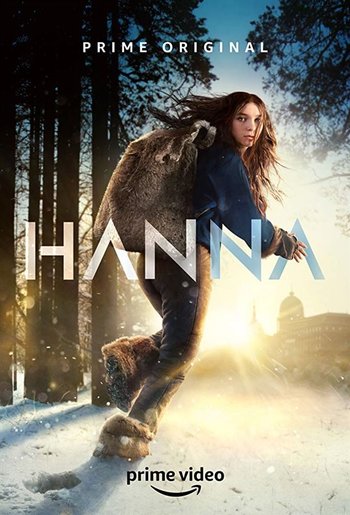 Erik: I'm trying to give you a normal life.
Hanna: But I'm not normal, am I?
Advertisement:

Hanna is an American action-thriller series produced by Amazon. It is a remake of the 2011 film of the same name, with David Farr as showrunner and primary writer.

It follows the journey of Hanna (Esme Creed-Miles), a genetically-enhanced young girl who was raised in isolation and trained as a living weapon by former CIA agent Erik Heller (Joel Kinnaman), as she evades the relentless pursuit of off-book CIA higher-ups Marissa Wiegler (Mireille Enos) and Jerome Sawyer (Khalid Abdalla) and tries to unearth the truth behind who she is.