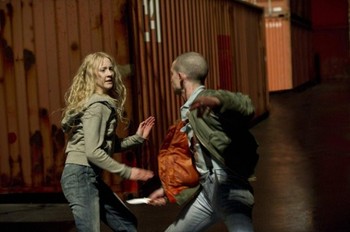 The knife-wielding skinhead is the least dangerous person in this shot.