Literature / Servants of the Empire 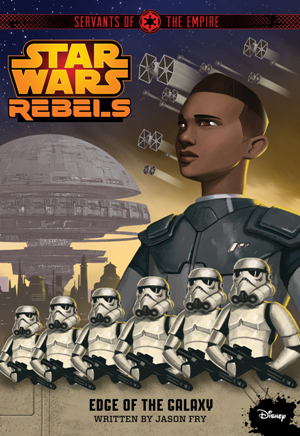 "All I ever wanted was to be a servant of the Empire — to make the galaxy a better place. But then I saw the Empire for what it really was. The Empire made me learn lies at school. It ruined my adopted homeworld because that was cheaper and easier than doing the right thing. And the Empire kidnapped my sister — kidnapped her and lied about it to my parents."
— Zare Leonis
Advertisement:

Star Wars Rebels: Servants of the Empire is a four-book series of junior novels in the Star Wars Expanded Universe about Zare Leonis by Jason Fry. Leonis appeared in two installments of the first season of the animated seasons Star Wars: Rebels. Whereas his screentime on the program is relatively brief, the Servants of the Empire novels feature the character in a very major role, as well as the adventures of his girlfriend, Merei Spanjaf, who has not appeared on Rebels, but is nevertheless a major character in these books. The Ghost crew, also known as "the Spectres" are also occasionally seen, in particular, a portion of the second novel is adapted from the TV story "Breaking Ranks."