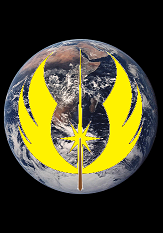 ) is a Star Wars/Harry Potter crossover written by TheBeardedOne. Sometime after Star Wars: The Clone Wars, Ahsoka Tano is attacked by Clone Troopers carrying out Order 66. Fortunately, a strange device Ahsoka was investigating is activated during the attack and spirits her away.

After getting her bearings, Ahsoka discovers she is in Number 4 Privet Drive, and finds a four year old Harry currently alone while the Dursley's left for the weekend. Naturally, Ahsoka takes Harry and adopts him, while teaching him the ways of The Force.

The author has also written the series known as The Institute Saga and the story Invisible Fox.

The following Tropes are strong with this one: