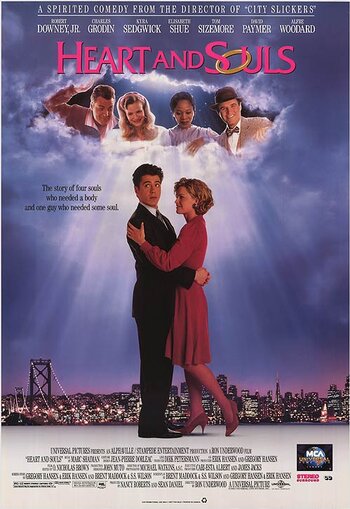 In 1959, four people riding on a San Francisco bus and Hal (David Paymer), the bus driver, get killed when the bus crashes into a car in which a woman is going into labor. Hal ascends to Heaven while the other four get stuck anchored to the newborn baby. The baby is named "Thomas," and only he can see the four of them. After seven years of being his invisible friends, their effect on him is noticed and Thomas is about to be sent into a psychiatric hospital, so they resolve to become invisible to him so they don't ruin his life.

Come 1993, Thomas (Robert Downey Jr.) is now a liquidator at a bank, with the ghosts continuing to watch over him. Then, one day, Hal comes back and informs them that their time is up, and they have only a few days to resolve all of their unfinished business.

The four ghosts are: