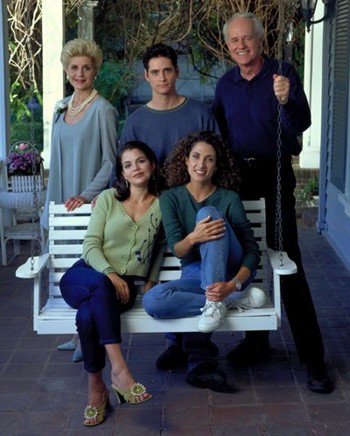 Providence was an American drama series created by John Masius (Touched by an Angel), which ran for five seasons (1999–2002) on NBC.

It centered on Dr. Sydney Hanson, a plastic surgeon who leaves her glamorous practice in Beverly Hills to return to her hometown of Providence, Rhode Island for her sister's wedding and decides to stay and be closer to her family. It starred Melina Kanakaredes (later of CSI: NY fame) as Sydney, and Mike Farrell (formerly of M*A*S*H) as her father Jim. Syd's brother and sister are also present, and Syd frequently gets visits — and advice — from her late mother's ghost.

NBC fully intended to continue the series following its fifth-season "winter finale", but after Kanakaredes told them she would not return there was no choice but to end it permanently.