Film / A Score to Settle 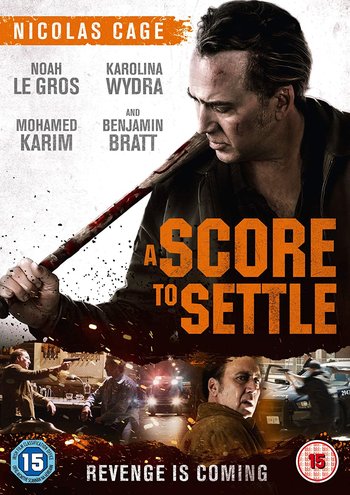 A Score to Settle is a 2019 American action-thriller film directed by Shawn Ku. It stars Nicolas Cage and Benjamin Bratt.

Diagnosed with a fatal condition, Frankie Carver (Nicolas Cage) is released from prison after serving 19 years of hard time. With only a short time left to live, Frankie must desperately try to make amends with the son he left behind while he plots a bloody course of revenge - tracking down his old gang to make them pay one by one.